Ray Bakke, world-renowned minister and educator, has devoted his life to helping the church love the cities as God loves them. "Street Signs" is the title of his latest book. It challenges Christians to recognize new opportunities and build on what God is already doing in his cities.

I'm re-reading "Street Signs" again in anticipation of a weekend visit to the Bronx Bethany Church.

At one time in history, cities were defined by place: at the mouth or junction of a river, near the foot of a mountain, or on a natural bay on the coast. Today, even though they may have started that way, cities are defined by their roles and functions. Consider the following: 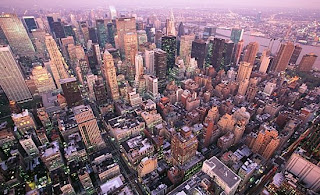 While they all once functioned as industrial cities, they now are more recognized by their functional DNA than the location they were built. Some cities have multiple roles, and some, like Monaco, Vatican City and Singapore double as a nation.

Cities also have personalities. Each city has a larger DNA - a personality type. Large, world-class cities (population of one million or more and international significance and influence) have multiple DNAs withing the larger function of their primary DNA. On top of all this, cities constantly undergo dramatic change.

What is the church in the city to do? Bakke, a student of cities all his life, has come to see them as prophetic in their culture:

If you want to know what your suburb, small town, or rural area will look like in 2o years, look at the nearest major city to you.

Cities are the engines of change in this modern urbanized world. The urbanization of the city urbanizes the communities around it.