Starbucks' CEO Howard Schultz's recently-released book "Onward" details the amazing comeback story of Starbucks: after more than three decades of success, in 2008 they found themselves with sales sliding at a distressing rate, a falling stock value, and relentless competition. Compounding the problem, the world's economy was in a tailspin.
With aggressive, sometimes painful moves and a powerful transformation agenda to guide them, they were able to reverse their decline, and by the end of 2010 were once again on top of their game.
What happened?
Here's an excerpt from the book that gives you a big clue: 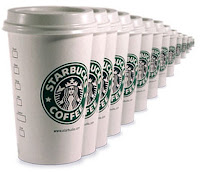 Like a doctor who measures a patient's height and weight every year without checking blood pressure or heart rate, Starbucks was not diagnosing itself at a level of detail that would help ensure its long-term health. We predicated future success on how many stores we opened during a quarter instead of taking the time to determine whether each of those stores, would, in fact, be profitable. We though in terms of millions of customers and thousands of stores instead of one customer, one partner, and one cup of coffee at a time. 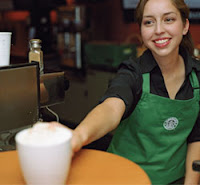 With such a mind-set, many little things dangerously slipped by unnoticed, or at least went unacknowledged. How could one imperfect cup of coffee, one unqualified manager, or one poorly located store matter when millions of cups of coffee were being served in tens of thousands of stores?
We forgot that "ones" add up.

Smart and good another post admin :)
Map Of Ancient Greece For Kids