The High Cost of a Left Hand Turn 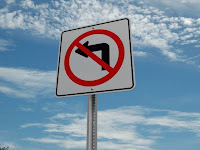 It’s about eight million dollars a year – at least on the scale of the operations of UPS and its fleet of over 95,000 trucks. It seems that in today’s troubled economy, the importance of the bottom line is becoming increasingly critical to organizations of all sizes.

No doubt you have experienced sitting in a left-turn lane, waiting on the light to change so you can make your turn. It’s a waste of time and money – not much of either on an individual scale, but if you are big enough, say the size of delivery giant UPS, all those pennies begin to add up.

This realization — that when you operate a gigantic fleet of vehicles, tiny improvements in the efficiency of each one will translate to huge savings overall — is what led UPS to limit the number of left-hand turns its drivers make.

The company employs what it calls a “package flow” software program, which among other highly-efficient practices involves the packing and sorting of its cargo, mapping out routes for every one of its drivers, and drastically reducing the number of left-hand turns they make (taking into consideration, of course, those instances where not to make the left-hand turn would result in a ridiculously circuitous route).

In a recent report, UPS revealed that the software helped the company shave 28.5 million miles off its delivery routes, which has resulted in savings of roughly three million gallons of gas (at today’s average price, that’s almost the above mentioned eight million dollars) and has reduced CO2 emissions by 31,000 metric tons. That’s significant.

Your organization is probably a fraction the size of UPS. You don’t have the economies of scale to gain such huge benefits. But look beyond the specifics to the principles behind this action:

The question is, are you willing to “pay the price” to gain the benefits?

Email ThisBlogThis!Share to TwitterShare to FacebookShare to Pinterest
Labels: efficiency